Build-A-Bear Foundation™ Board of Directors 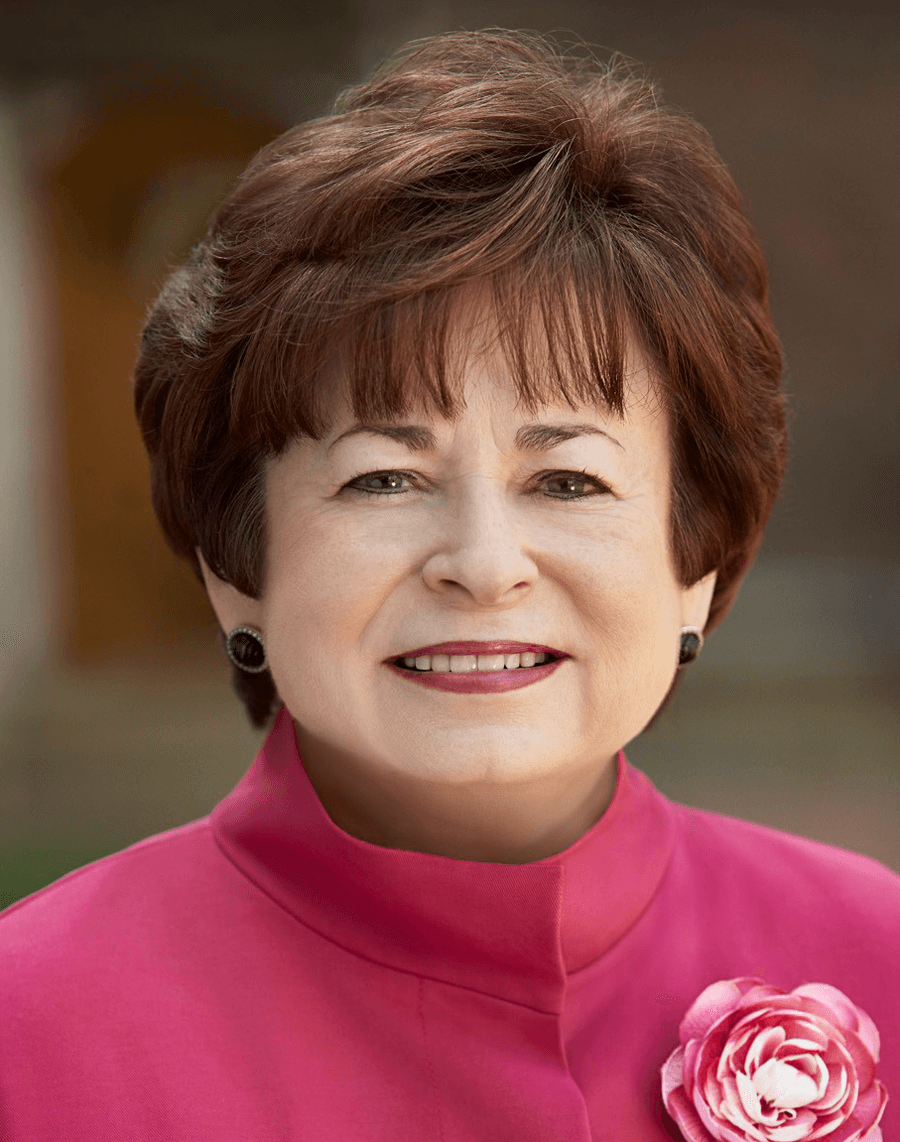 Maxine Clark is one of the true innovators in the retail industry. During her career, her ability to spot emerging retail and merchandising trends and her insight into the desires of the American consumer have generated growth for retail leaders, including department store, discount and specialty stores. In 1997, she founded Build-A-Bear Workshop

In June 2013, Maxine stepped down from her Chief Executive Bear role to apply her entrepreneurial skills to her passion for improving K-12 public education and to invest in and mentor women and minority entrepreneurs. Maxine credits her teachers as her foundation for success—classroom teachers and mentors alike. To honor them she gives back. Her next “act” is to make public education much more consumer friendly by creating more access for families and students to systems and supports to enrich each child’s learning experience. Launched in 2015, her first product, Blueprint4.com, is a free and easy-to-use mobile app designed to help ALL families navigate the best summer activities, pre-college programs and career options for their family. Her latest venture is the Delmar DivINe™—the transformation of a neighborhood eyesore into a multi-use real estate development to open in late 2020. Maxine is also a Managing Partner of Prosper Women’s Capital, a St. Louis based fund created to invest in women owned businesses and a member of the Board of Advisors of Lewis & Clark Ventures, a St. Louis based private equity firm.

In 2008, Maxine Clark was named one of The 25 Most Influential People in Retailing by Chain Store Age; in 2006, she was inducted into the Junior Achievement National Business Hall of Fame. Maxine was named one of the Wonder Women of Toys by Playthings magazine and Women in Toys and was also one of the National Finalists in Retail for the Ernst & Young Entrepreneur of the Year 2004. In 2005, the National Association of Small Business Investment Companies made Build-A-Bear Workshop Portfolio Company of the Year; it was named one of the International Council of Shopping Centers “Hottest Retailers of 2004” and the Retail Innovator of the Year for 2001 by The National Retail Federation. In 2018 Build-A-Bear Workshop was named to the FORTUNE Best Companies to Work For® list for the 10th year in a row. In 2017 Maxine was named to the Missouri Public Affairs Hall of Fame and in 2019 was given the Missourian Award for her outstanding public service to Missouri. 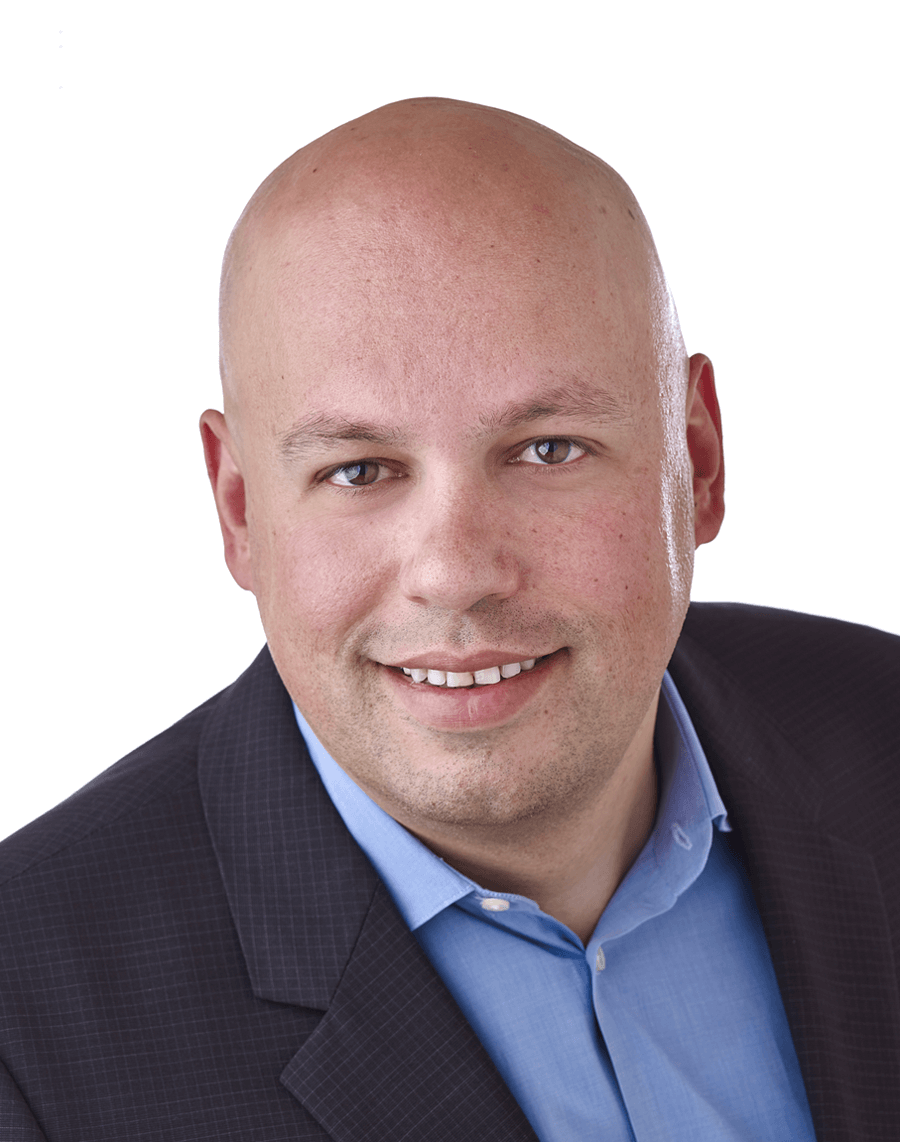 Voin Todorovic joined Build-A-Bear Workshop in September 2014 as Chief Financial Officer. Prior to joining the Company, Mr. Todorovic was employed at Wolverine World Wide, Inc., a leading global footwear and apparel company, where since September 2013 he served as the head of finance and operations for its Lifestyle Group, which includes a portfolio of iconic brands such as Sperry Top-Sider®, Hush Puppies®, Keds®, and Stride Rite®. From 2011 to 2013 he was Vice President—Finance and Administration of the Stride Rite Children’s Group business, operating in wholesale, direct to consumer and international franchising, and from 2010 to 2011 he was Vice President of the Performance + Lifestyle Group. Prior to his tenure at Wolverine World Wide he held positions of increasing responsibility at Collective Brands, Inc. and Payless ShoeSource. 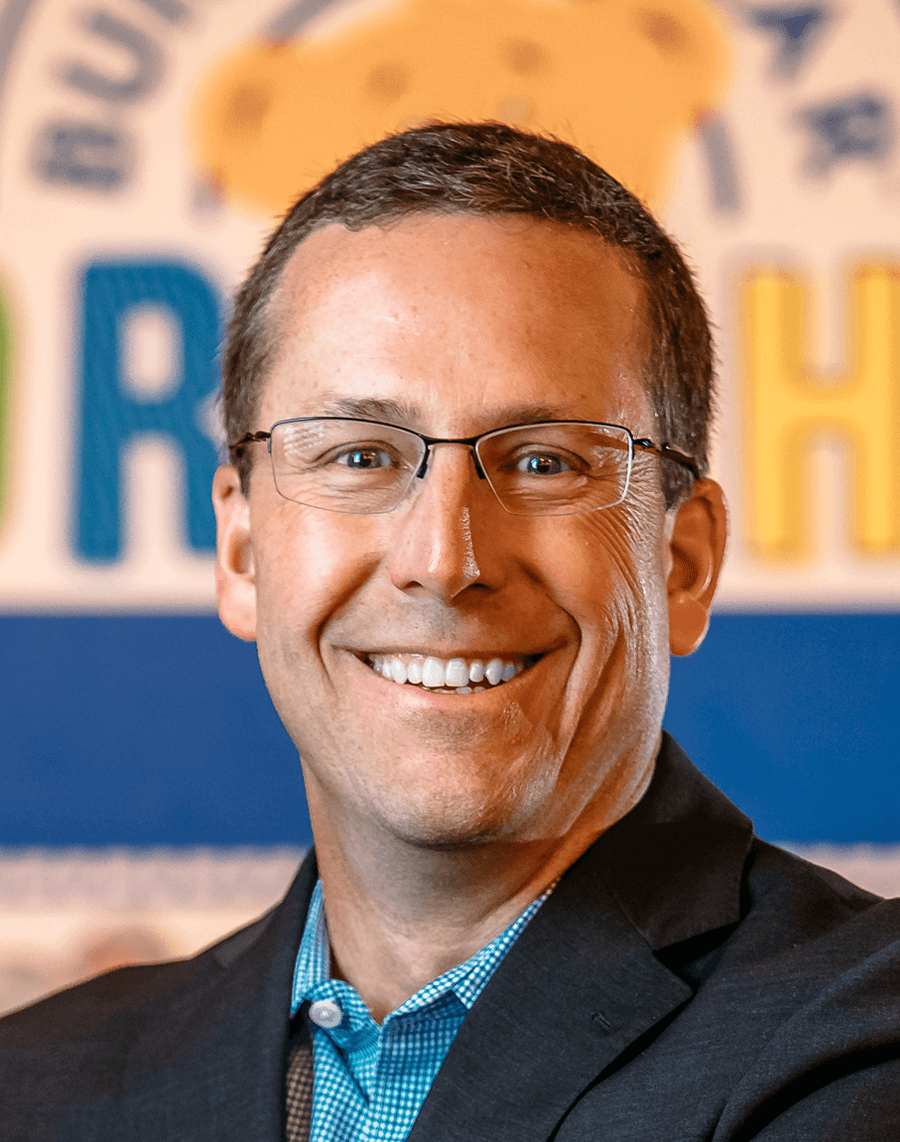 Mike Early is the Senior Managing Director and Head of Information Technology at Build-A-Bear Workshop, the iconic experiential retail and intellectual property company that specializes in helping guests create customizable furry friends worldwide. Mike joined the company in 2014 and is responsible for technology strategy and execution. He is responsible for leading the effort to grow the company’s technology capabilities to support its strategic growth plan.

A retail veteran with more than 25 years of extensive experience in merchandising, finance, supply chain, and technology, Mike brings a business-centric view to technology strategy and strives to ensure clear business objectives are driving all technology decisions. Prior to joining Build-A-Bear, Mike held various executive positions at several notable national and international retailers including Macy’s, May Department Stores, Hudson’s Bay, Blockbuster and Laura Ashley. He received his Bachelor’s in Economics from the University of Connecticut and holds an MBA from the Olin School of Business at Washington University. Mike currently serves on the Board of Directors for National Retail Federation (NRF) CIO Council, Retail Touchpoints Advisory Board and Build-A-Bear Foundation. 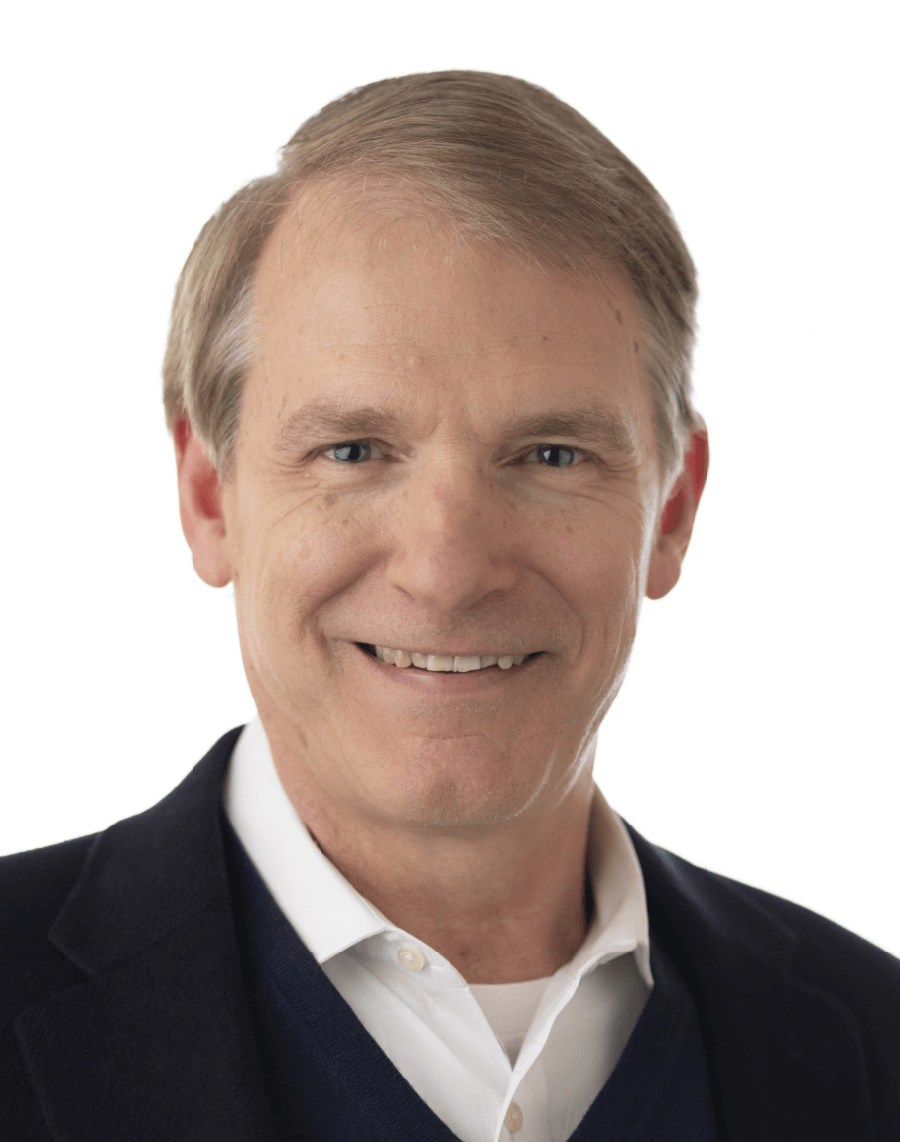 Ray Mueller joined Build-A-Bear Workshop in January 2014 as Director of Tax and International Finance. Prior to joining the Company, Mr. Mueller was at Spartech Corporation from 2009 to 2013 in a similar role. Before joining Spartech Corporation, Mr. Mueller held positions of increasing responsibility in various areas of the tax department at the former Monsanto Company. 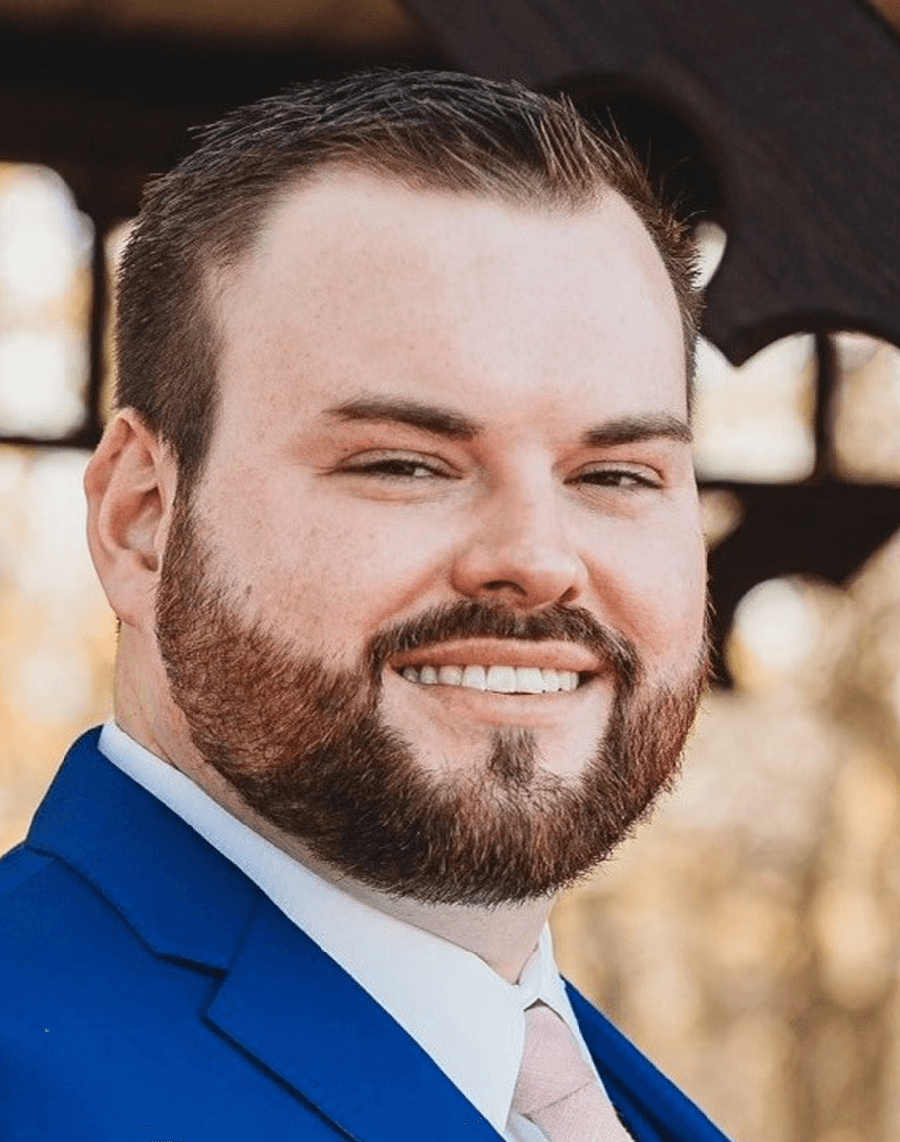 Joel Berger joined Build-A-Bear Workshop in August 2019 and is currently the Senior Manager of Accounting and Compliance. Prior to joining the company, Mr. Berger was at EY LLP as an external auditor from 2012 to 2019, auditing large, publicly traded companies in various sectors. Joel graduated from Rhodes College in Memphis, TN with a Bachelor of Arts in Business and Economics and a Master of Science in Accounting. 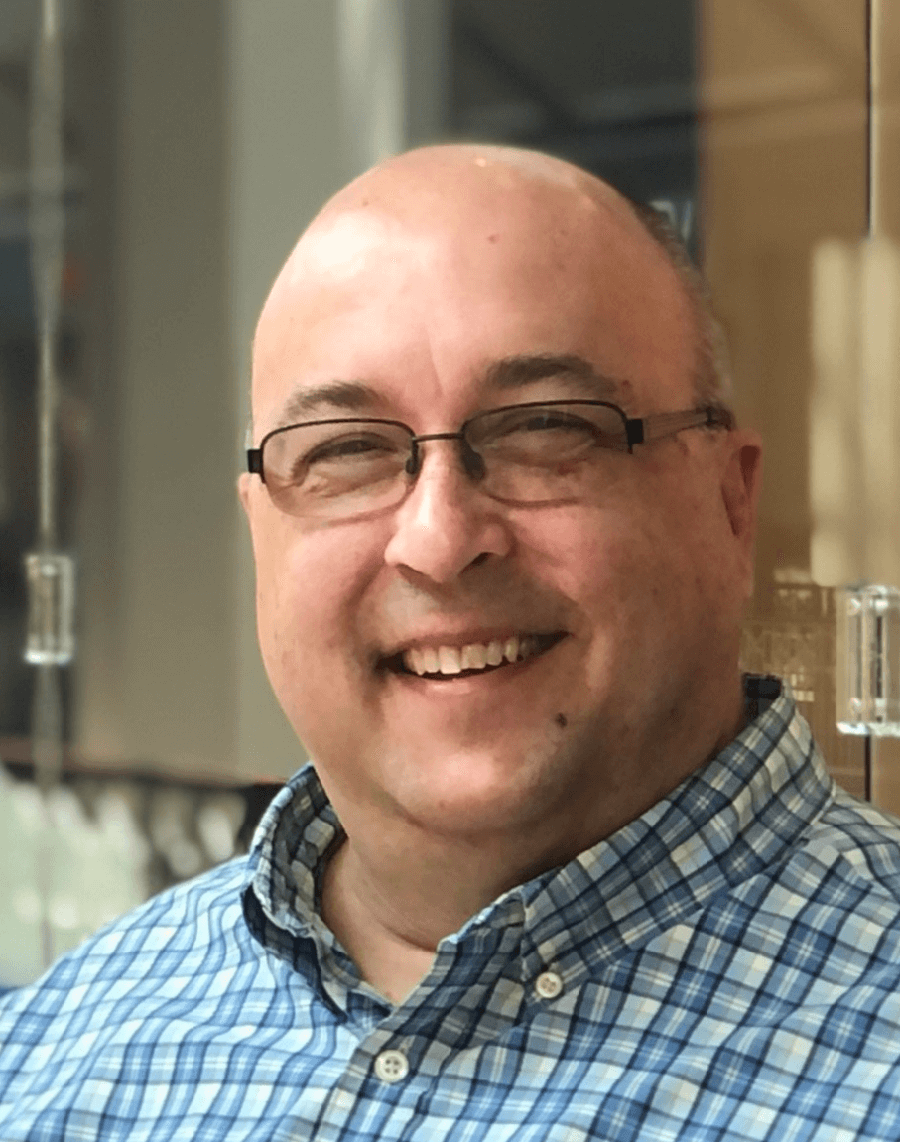 Dave Foltz joined Build-A-Bear Workshop in September 2006 as District Manager of the New England Market. Prior to joining the Company, Mr. Foltz was a District Manager with Wilson’s Leather and also held positions of increasing responsibility at companies including Timberland, Inc. and Britches Great Outdoors. Active in his community, Mr. Foltz also served as an elected official on the Municipal Budget Committee for the town of Newmarket, NH from 2012 – 2018. He served as Vice Chairman from 2012 – 2014 and Chairman from 2014 – 2017. 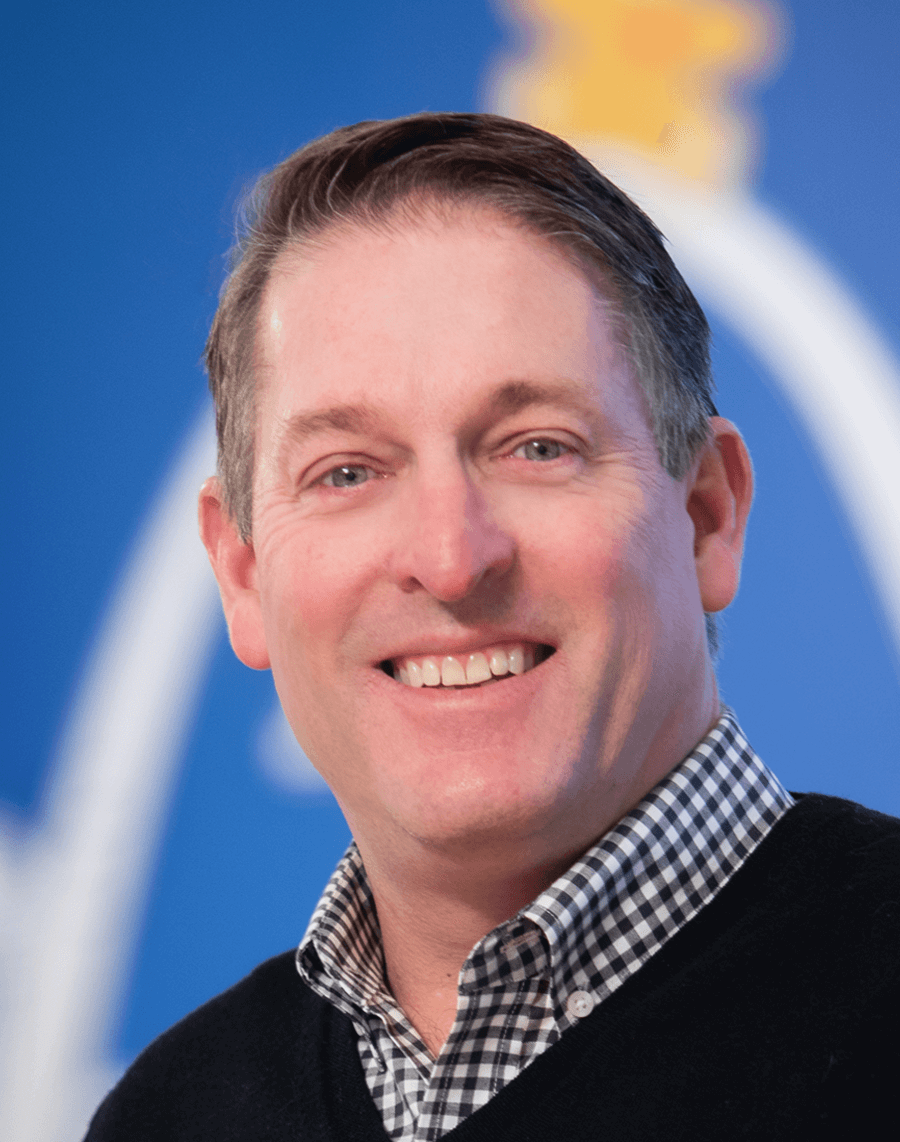 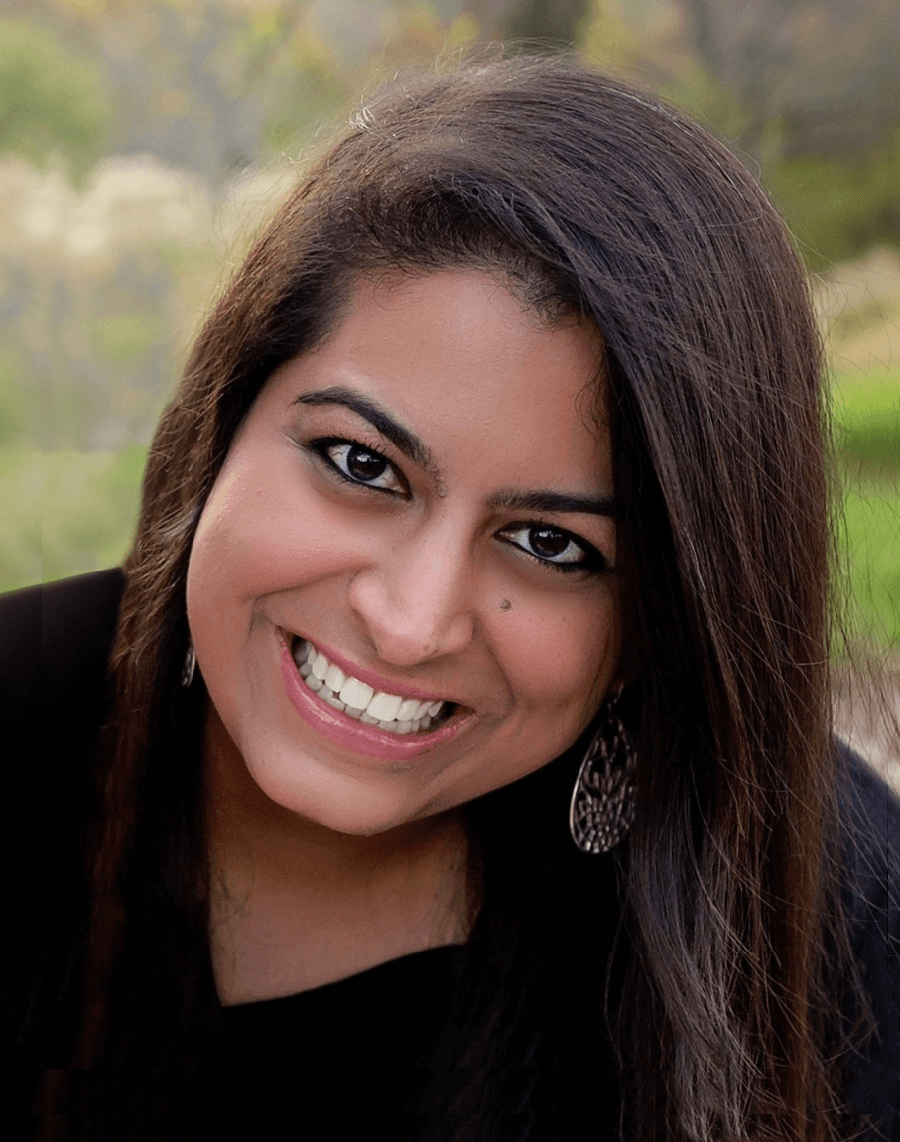 Anjali Khosla joined Build-A-Bear Workshop in March 2015 and currently oversees brand management and partnerships within the company as the Senior Manager of Brand Management. She also currently serves on the Diversity and Inclusion council for the Company. Prior to joining Build-A-Bear Workshop, Anjali was at Procter & Gamble working on iconic brands such as Oral B® and Glide®. Anjali graduated with a Bachelor of Science in Business Administration degree from Washington University in St. Louis and a Masters in Business Administration degree from Duke University. 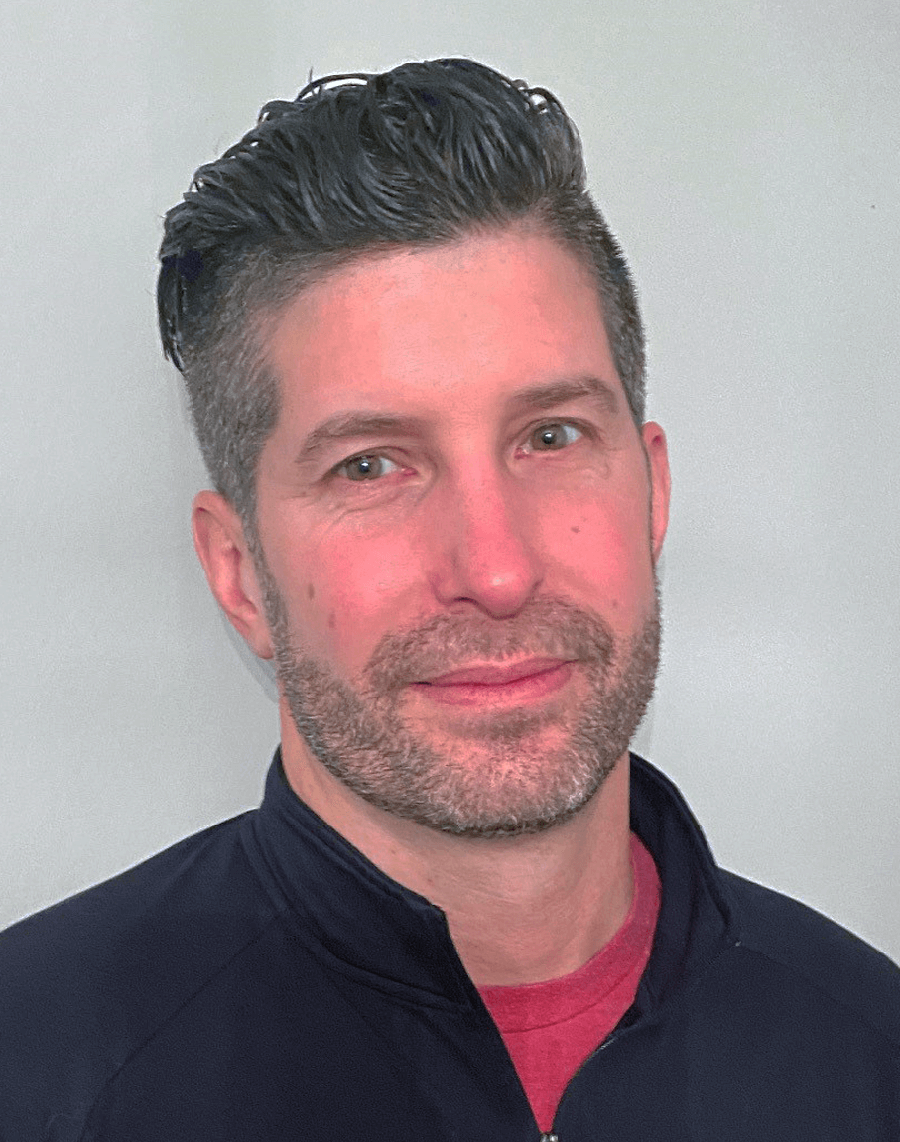 Jeff Kimsey joined Build-A-Bear in September 2005 in the role of a Senior Financial Analyst. Mr. Kimsey has held positions of increasing responsibility at Build-A-Bear in the finance department and is now the Director of Financial Planning & Systems. His career started in Kansas City at Hallmark Cards. Jeff also went to business school in Kansas City at the Henry W. Block School and graduated with a masters in Finance and Information Systems. 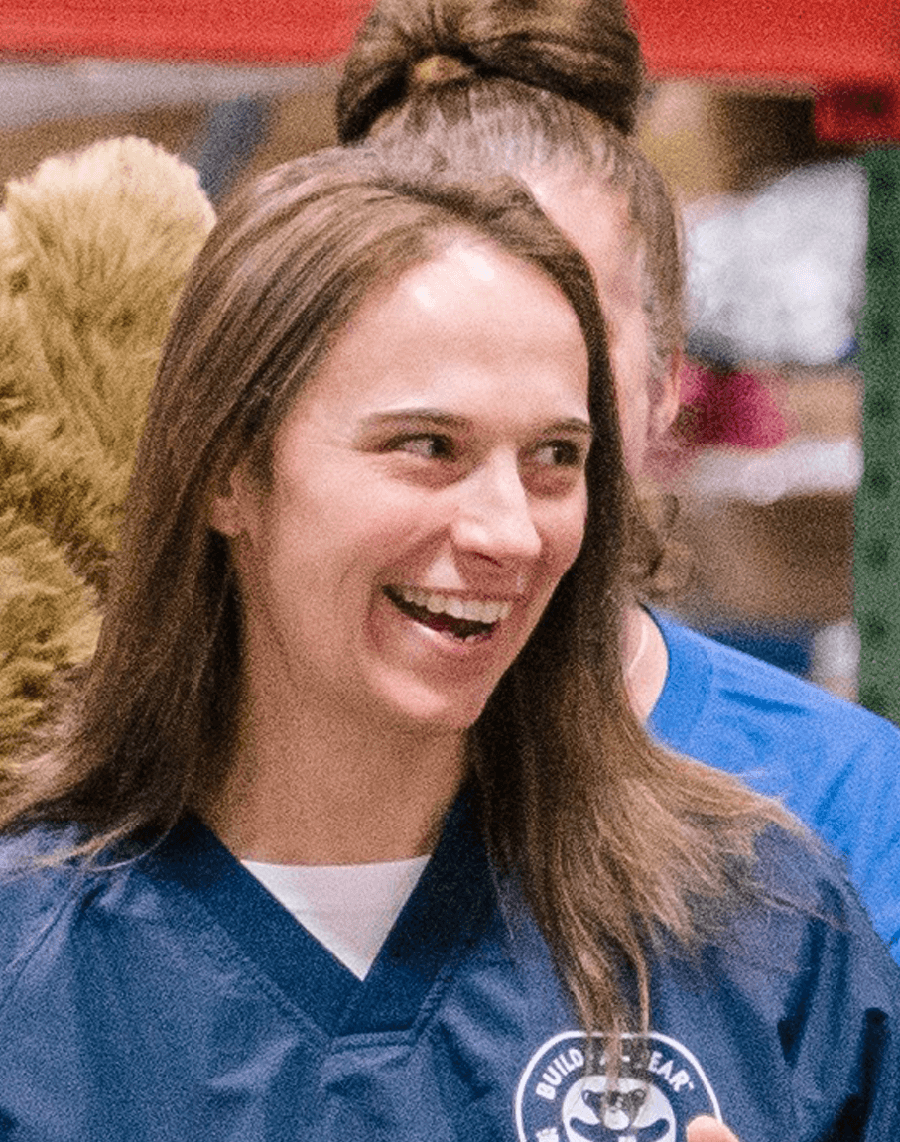 Chris Palmer is the General Manager of the Build-A-Bear Ohio Warehouse, affectionately known as the “Bearhouse”. Her career with Build-A-Bear began in July 2006 as an hourly associate. Since then she has served as a shipping, receiving, and special projects Supervisor, Web Manager overseeing e-commerce fulfillment, and Senior Manager overseeing wholesale, corporate sales, third party logistics, and inventory control. She is now responsible for all Bearhouse Operations.

Prior to her time at Build-A-Bear, Chris served in leadership positions in a variety of businesses in customer service and retail. She is known for her competitive spirit, with a dedication to personal improvement and team success. As a firm advocate for diversity, Chris is passionate about initiatives that impact folks from various backgrounds and touch people on an emotional level. Chris is also a devoted mom of two adult sons, for whom she served as a domestic parent for six years. She is a proud grandmother, wife, and lover of outdoor activities. 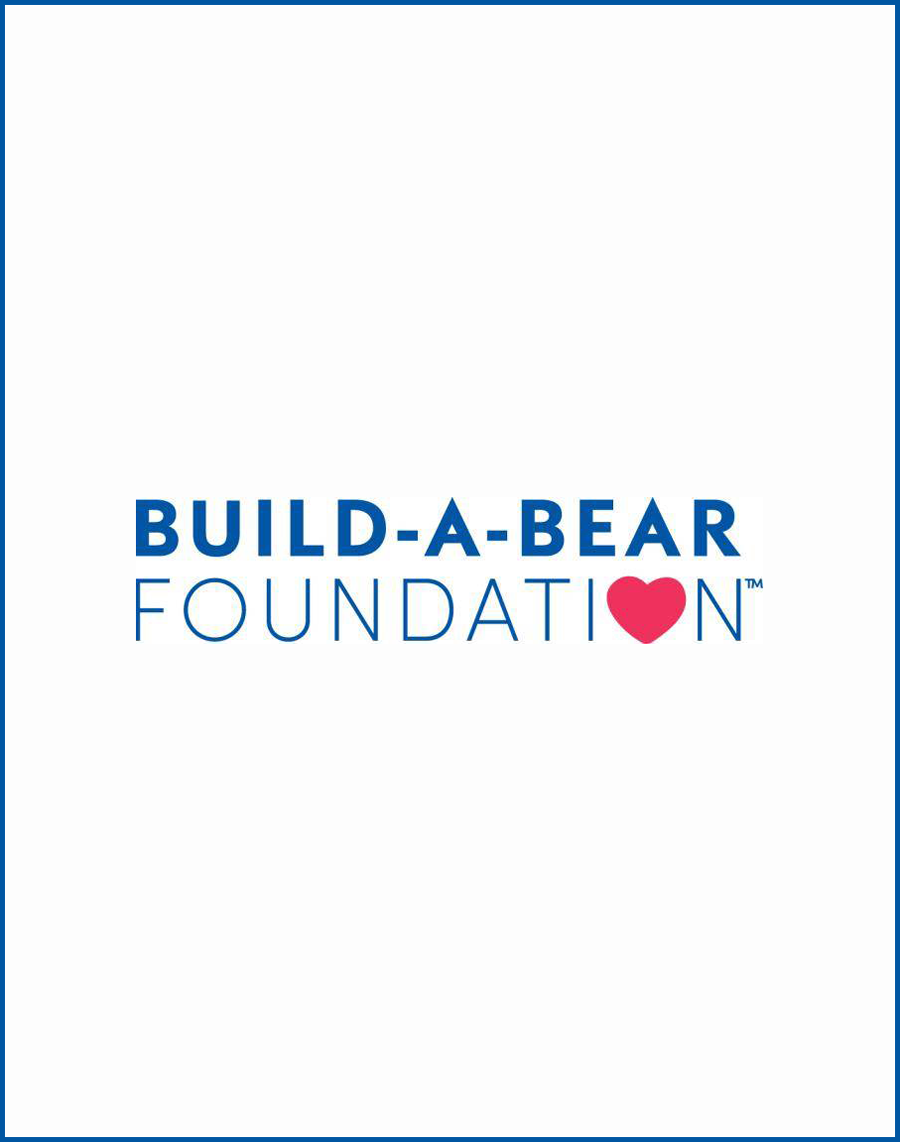 Roger Parry joined Build-A-Bear Workshop in April 2006 as Managing Director for the UK and Europe. Prior to joining Build-A-Bear, Mr Parry was at Hamleys of London Limited, from 2000 to April 2006, initially as Business Development Manager for the Bear Factory brand, and finally as Retail Director from 2003 to 2006. Before joining Hamleys of London, Mr Parry held executive positions in the Virgin Group of Companies, primarily with Virgin Megastores, but also with Virgin Cinemas. 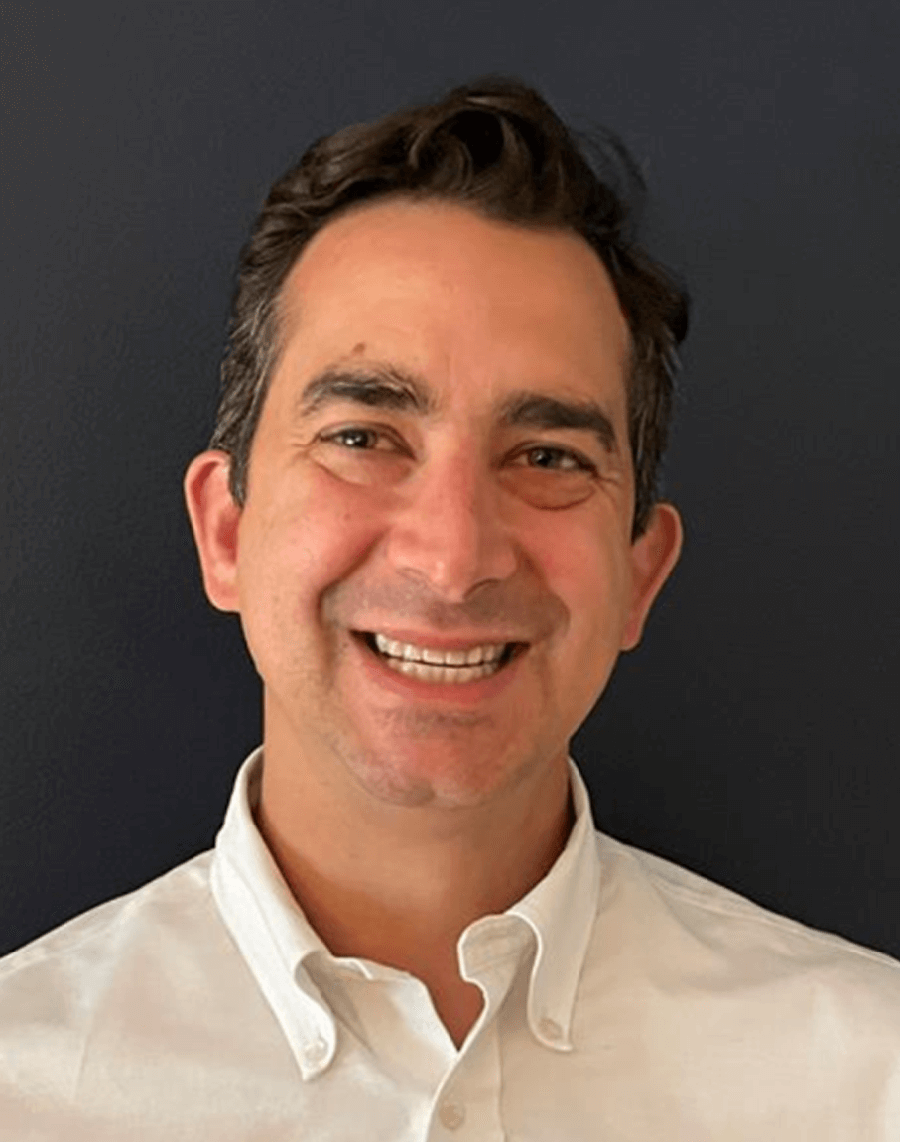 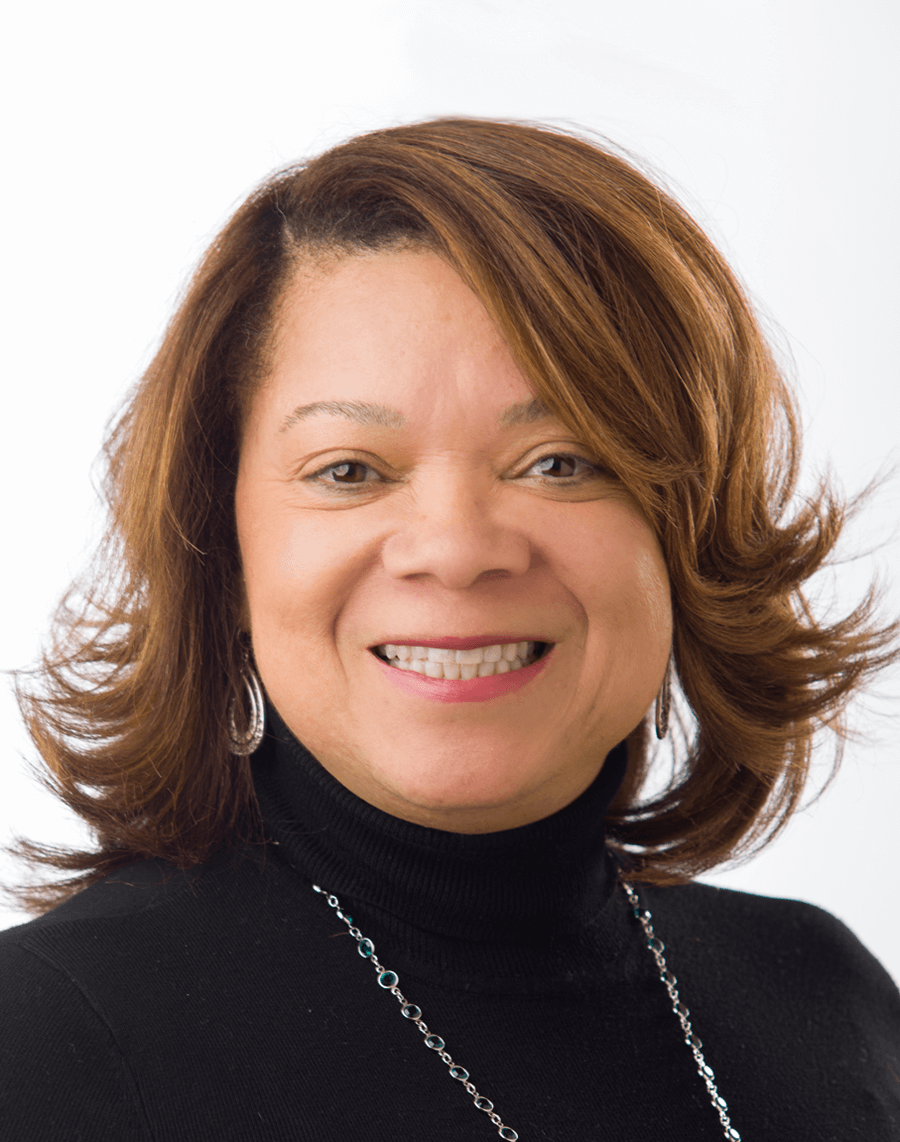 Arvetta Powell is the Director HR, Inclusion and Compensation for Build-A-Bear Workshop, Inc. She has more than 20 years of experience in retail Human Resources. She is responsible for the development, inclusion, recruiting and compensation initiatives.

Prior to joining Build-A-Bear Workshop, Inc., Arvetta was a Senior Human Resources Director for Walmart Stores, Inc., where she led the Real Estate Division’s long term strategic human capital plan. Under her leadership, the division’s associate engagement scores increased four years in a row. As Regional Personnel Manager for the SAM’S Club division, she was named RPM of the year. She held several other roles within the company such as Human Resources Director, Senior Manager of Recruiting and Recruiter. She holds a Bachelor’s degree in Business Management from Webster University. She is a member of the Society of Human Resources Management and the National Association of African Americans in Human Resources.

She sits on the Board of Directors of the Urban League of Metropolitan St. Louis and the University of Missouri St. Louis Chancellor’s Council. 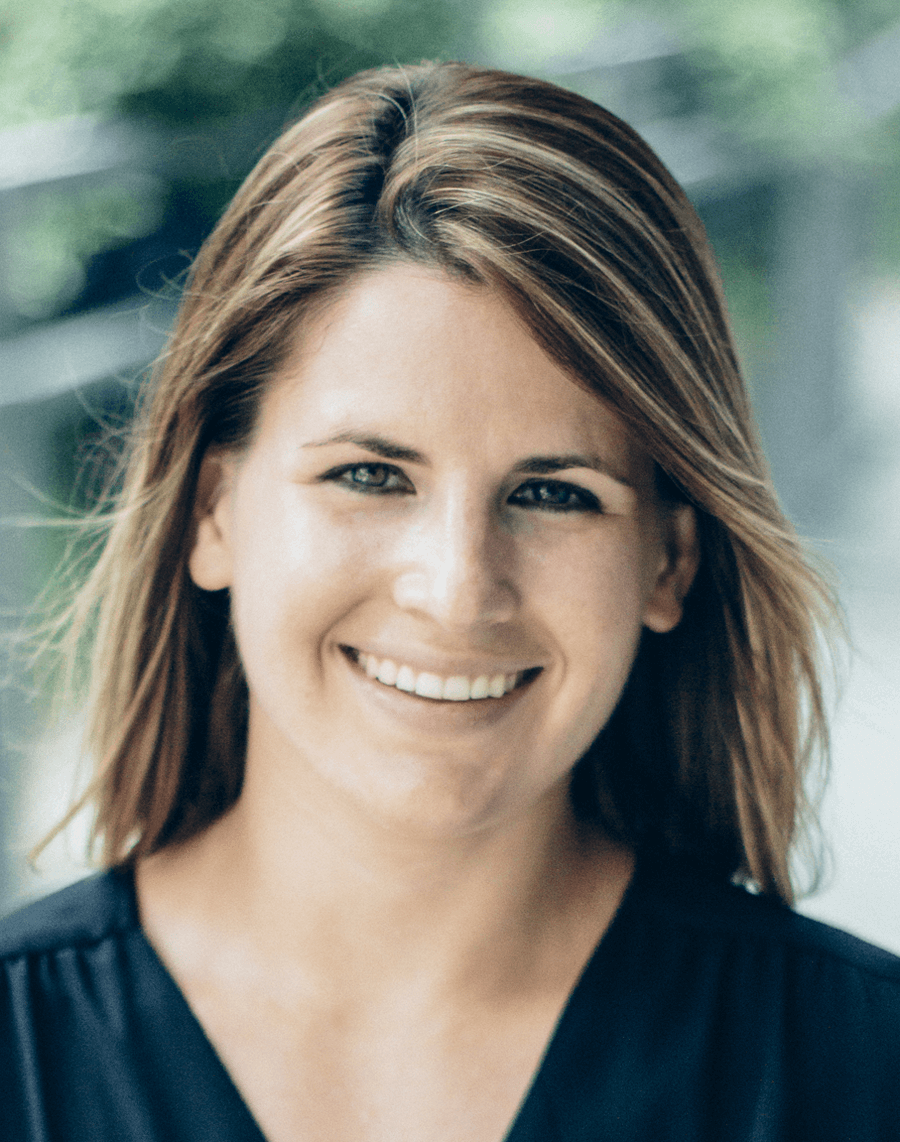 Emily Fuhrman joined Build-A-Bear in May 2015 in the role of Manager of Build-A-Bear Foundation. She leads Foundation giving efforts and works closely with the Board of Directors to fulfill the Foundation’s mission. Her career in non-profit includes work in Kansas City, where she served as the Regional Development Director for The ALS Association Mid-America Chapter, and as Director of Head for the Cure Foundation. A St. Louis native, Emily is a graduate of the University of Missouri where she earned her Bachelor’s and Master’s degrees, with an emphasis in Strategic Communications, from the School of Journalism and a minor in Sociology. 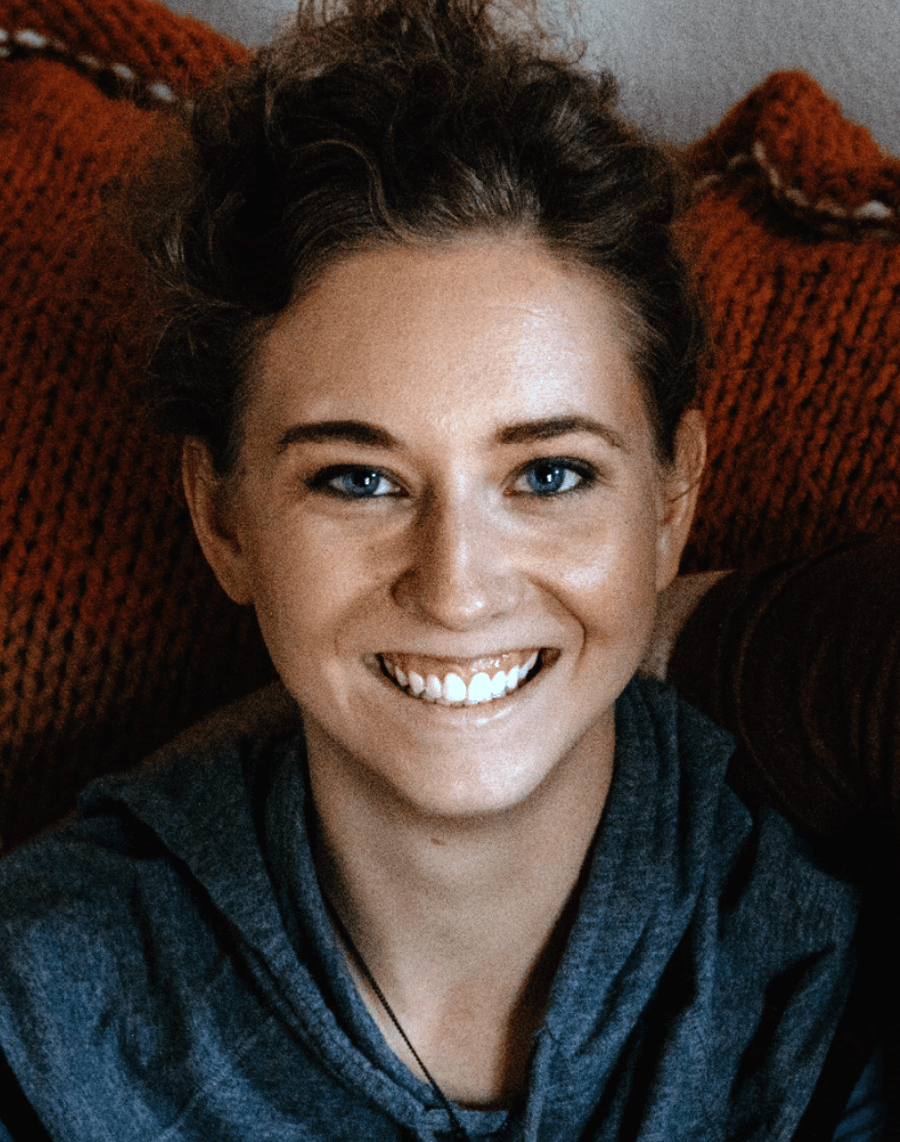 Julien Kaufman has been with Build-A-Bear Workshop since 2019 and joined the Build-A-Bear Foundation team in 2020. They supervise donation logistics, handle Foundation communications, and work closely with the Board of Directors to fulfill the Foundation’s mission. Julien previously worked with pet-supply company Treats Unleashed, where they coordinated participation in community events and served on the company’s donation committee. In 2016, Julien graduated summa cum laude from Webster University with a Bachelor’s in Biological Sciences and Philosophy, along with a certification through the WebsterLEADS program. Upon graduation, they were awarded the Capstone Award for Leadership for outstanding contributions to student life and the community.